Depending on viewpoint, a city is the sum of its buildings, its people or the activities therein, but, in reality, it is all that and much more. With more than 50% of the world population living in cities, the way we (re)build and (re)think our cities is ever more important. Former ways of interpreting cities need to be upgraded to fit the current context. Nevertheless, since cities are original creations and quintessential factors of national cultures, there are no universal prescriptions to interpret them. However, there are repetitive urban realities such as urban blight, brown-fields or informal settlements, underused or mismanaged land areas that impact the overall quality of urban life.

In Romania, as well as in former communist countries, top down urban policies as well as bottom up urban practices joining the efforts of local communities and of the private sector have been used in the process of urban regeneration lately with some success, although sometimes the vision of the public administration might have clashed around sensitive issues like public space, modernizing intervention priorities and quality of life.


Strategies to commodify the urban space sometimes fail, producing devalorised, crisis-driven urban and regional landscapes. In many cases, the municipality is overstrained with the long-term recovery of disused, un-built, unplanned left-over spaces. Some stakeholders actively pursuit the reintegration of such spaces in the city, either for limited duration or long-range. They operate on former industrial sites, on commercial and residential properties waiting for development and on disused public service facilities to employ them in an innovative way. Through sustainable and viable strategies, they spur on social, organisational and technical innovations at the local and regional level, at once providing solutions for socially disadvantaged neighbourhoods and inducing improvement of the general well- being, even if initially they act for their own personal development.

The stakeholders can be various, ranging from entrepreneurs, individuals, artists to freelancers, political actors, who considered urban residual areas as attractive vacant sites for emerging cultures, economies and communities. Through their actions and initiatives, these actors have reproduced these underused urban spaces into essential resources for urban regeneration, spaces of great expectations, places with cultural, social and empowering functions – important elements for the small-scale renewal of districts. The focus of this workshop is on this recycling of urban voids in post-socialist cities. 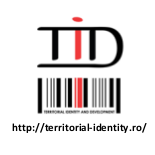